To say that 2003 was a challenging year for Scandinature would be something of an understatement but despite this Scandinature was still able to bring out four new productions: Realm of the Reindeer, Lynx – the Elusive Hunter, Rhythm of Reindeer and Indian Leopards – The Killing Fields.

Another film by award winning cinematographer Jan Henriksson is completed; Of Moose and Men. Viking Voyages premières on SVT in Sweden and Discovery Channel US. It is the first episode out of three in production for the world market. A new company is formed; Scandinature Publishing AB . The first production is a book for the Swedish reading audienc; ” Den åttonde dagen”/ The Eight Day, written by Bo Landin with stunning photography by Hans Strand.

“Naturligtvis” – a new programme is produced for TV4 It is a reportage style, high tempo weekly programme with a lot of computer graphics, aiming at a younger adult audience . Several new productions from different parts of the world were released; Closing the Artcic Circle and Conquering the Arctic from the Magnetic North Pole and Canada, Cyanide Blues from Hungary, Bushmen from Namibia, Lost Valley of the Dreambird from Peru, and Singing Apes from South East Asia. Dead Sea Scrolls – the Haunted desert. Part two of the Dead Sea Scrolls is completed and premieres on Discovery USA. The expedition for the “Naturen” series at TV4 went to India and to New Zealand. The Ice Age Horse, a film about the Icelandic horse, wins the prestigious award “Man and the Natural World” at Wildlife Europe Film Festival. Scandinature Distribution is formed to handle the Scandinature catalogue worldwide. The office is located in Hamburg, Germany and run by Erica Landin, oldest daughter of the Landin family.

In March Surviving the Ice Age, commissioned by Discovery US, premiered on Discovery Channel all over the world. Two productions out of Namibia were completed; Mysteries of Movement and Mane Event. Both commissioned by National Geographic US. Focusing on our own part of the world Scandinature released; Laponia – Land of the Midnight Sun and Wild Scandinavia a three part series. Lion of the Americas a film about mountain lions in the North American Rocky Mountains has its world premiere on Discovery Channel USA. The “Naturen” programmes for Swedish TV4 this year visited the Arctic. Bo Landin is part of a scientific expedition called Expedition- Tundra North West through the North West Passage and all the way to the Magnetic North pole. The programmes were extremely well received with big national audiences. Scandinature gets a new partner. Telia Infomedia Partner AB is partnering the company, buying a 15% share of the company. From a barn to a warehouse! In September Scandinature left the old barn and moved downtown. A warehouse in the inner harbour has been totally rebuilt to fit our needs including more space, new sound studios and new technical facilities.

Three new documentaries premiered: Taiga – Forest of Frost and Fire, , Candamo- A journey Beyond Hell and the science documentary Dead Sea Scrolls – Voices From the Desert. New Media was founded.

Three documentaries were premiered – Return of the Raptors, Living with Wolves and Tundra Hunters. Afrinature Films was founded in Namibia.

The new Expedition Series of the “Naturen” show started. Secrets of the Pharaohs, a unique science film, was premiered.

Scandinature started producing the daily children’s programme “Junior” for TV4, Sweden. After producing over 600 programmes, the project ended in 1996, and by then becoming the biggest kid’s programme on Swedish TV. Scandinature Films USA Inc. was founded. Four new documentaries presented.

The Swedish version of the science programme “Beyond 2000” went into production for TV4. Scandinature moved to Edsgatans Gård, the new mediahouse in Karlstad.

Scandinature was commissioned by TV4 to produce the nature series “Naturen”

Seal Mourning an investigative report into Norwegian seal hunting was presented. The film was followed by a political scandal in Norway as well as in several other countries.

“Miljömagasinet”- the environmental series on SVT started. Bo Landin hosted the very popular and acclaimed series until the end in 1990.

Five environmental documentaries were produced- all recognized and awarded prizes at film festivals. 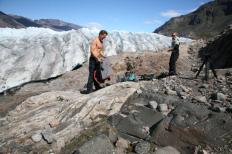 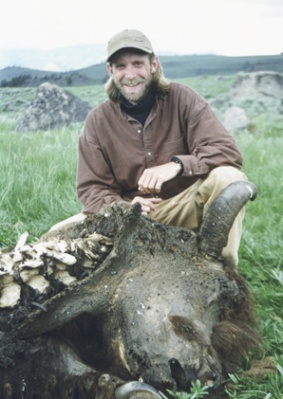 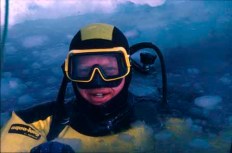