Scandinature Films was a brainchild of Bo Landin and Hans Östbom in 1982. The birthplace was the city of Sundsvall. At that time the company also had a Swedish name added, Miljöreportage, which means environmental reportage. It was fitting since this collaboration was born out of our interest and engagement in environmental issues in Sweden and globally.

Bo left the Swedish National Radio where he had founded and hosted the weekly environmental program. Through some 500 programs and documentaries he, and partners Dag Jonzon, Karl-Johan Bondeson and  Lars Willén set a benchmark for investigative environmental journalism. They were awarded the Willhelm Moberg Award for the investigative work.

Bo (writer and producer) and Hans (cinematographer and editor) initially set their eyes on the local environment. Their first film dealt with the polluted air in the highly industrialized city of Sundsvall (Åtta liter i minuten, in English Eight liters a minute). But already their second film would give them an international platform. The documentary Another Silent Spring, about air pollution and acid rain, became an international award winner and runner-up at the Ecovision Film Festival in Rotterdam.

Hans Östbom and Bo Landin visiting New York on their first ever international filming trip, shooting for Another Silent Spring in 1982

This was the beginning of a very successful period of producing documentary films for national and international television. The team tackled difficult issues and garnered many international film awards. Among the films from this period was Arctic Tragedy. During several expeditions to Arctic realms around the Barents Sea they captured a dramatic story of an ocean under severe fishing and environmental pressure. As the first western film crew at the end of the cold war, they were invited to travel along the Arctic coast of the Soviet Union. Arriving at a scientific base on the Kola Peninsula their presence was so surprising that the local military commander immediately arrested them on board the ship and didn’t let them come ashore. Managing to call authorities in Moscow and Leningrad, the film crew could after some time convince the commandant that they actually had permission to be there. The film became an international success and the film team was awarded the Prix Italia. 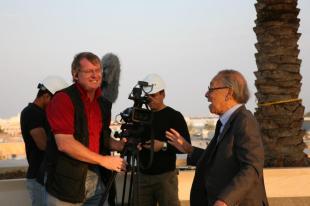 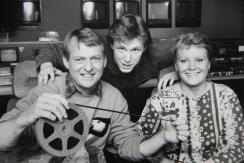 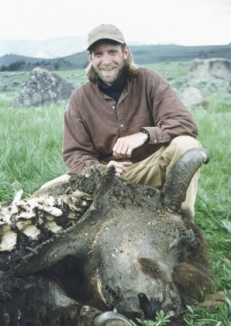 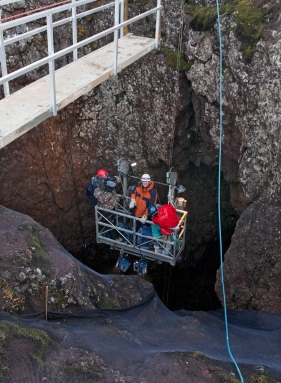