THE GREEN LAND – wildlife in the land of Vikings, 2005, Writer, Producer, Director

Selected finalist at the International Wildlife Film Festival in Missoula, USA in 2004

Selected as a finalist at the International Wildlife Film Festival in Missoula, USA in 2004

Selected as a finalist at the International Wildlife Film Festival in Missoula, USA in 2004

Awarded the Special Prize for comprehensive treatment of the natural history of Lapland and hereditary culture of the Saami at the 1st Matsalu International Nature Film Festival held in Lihula October 2003.
Awarded the Premio Giura Del Publico, at the 15th International Festival of Documentary Films on Parks, Sondrio/Italy 2001
Merit Award for Excellent Photography, at the International Wildlife Film Festival 2001 in Missoula/USA.

SVALBARD – WHERE THE POLAR BEARS REIGN, Director, Writer and Producer

THE DEATH OF A BISON BULL, 1999, Director, Producer

The film was awarded the Grand Prix at the Eco Film Festival 1999 held in the, Czech Republic.

THE DEAD SEA SCROLLS – VOICES FROM THE DESERT, 1998, Executive Producer

Selected as a finalist at FILMOBIDOS’99 in Portugal.

TAIGA –FOREST OF FROST AND FIRE, 1998, Director, Writer and Producer

CANDAMO –A JOURNEY BEYOND HELL, 1998, Writer and Producer

Grand Prix winner at the 13th International Festival of Documentary Films on Parks held in Sondrio, Italy. Candamo – A Journey Beyond Hell was awarded with this year’s top prize, the CITY OF SONDRIO GOLD PLAQUE (October 1999).

Selected for showing as a contender for the Valais Award in the
North-South Media meeting/Switzerland, 1992
Awarded Best Documentary at the U.S. Environmental Film Festival, “Feature Documentary” category/Colorado Springs, 1992

Awarded the Grand Prix at the 12th Ekofilm Festival in Ostrava, Czechoslovakia 1988
Awarded the Ecology prize at Ecovision/Birmingham 1987
Awarded prize at Malaga/Spain
Selected as Swedish entry for Prix Italia/ecology prize 1986

THE ENVIRONMENTAL LEGISLATION – MORE THAN A PIECE OF PAPER?”, 1981 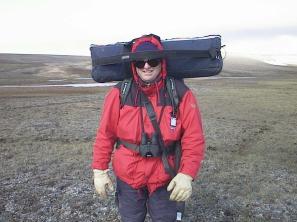