In the Barents Sea, north of Norway and Russia, the Gulf Stream meets the nutrient rich polar current. This meeting results in one of the most productive oceans on earth.

Under the polar ice, which drifts with the winds and currents from the North Pole, is an Arctic food chain beginning with planktonic algae, through fish, seals and whales, and ending with polar foxes, birds and finally the mighty polar bear. This film features the fascinating wildlife of the Barents Sea and the people who endure the harsh conditions around its shores. 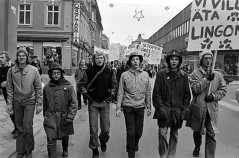